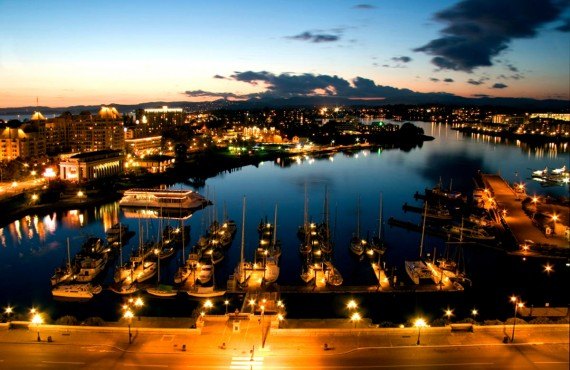 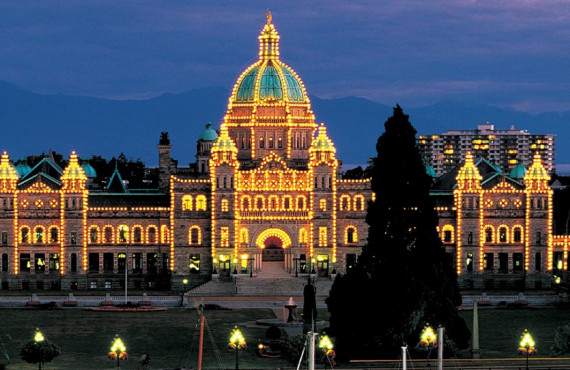 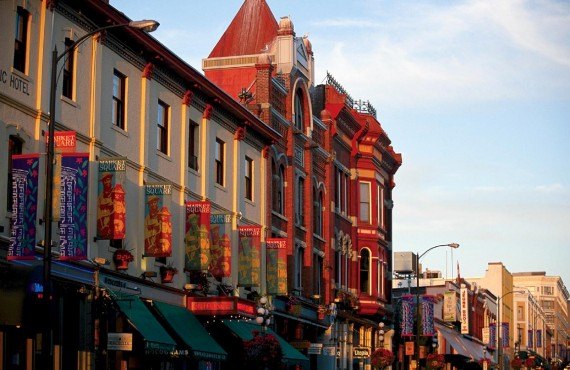 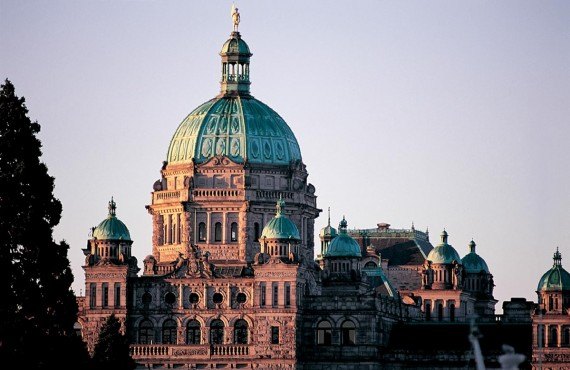 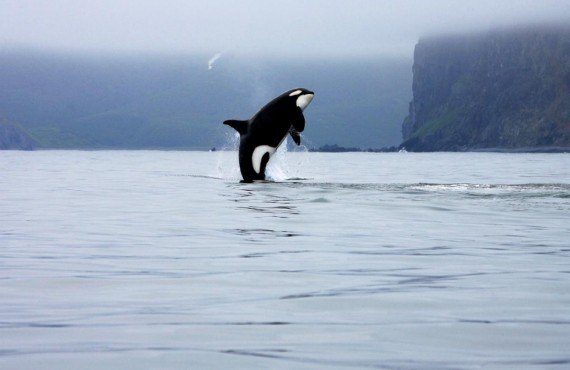 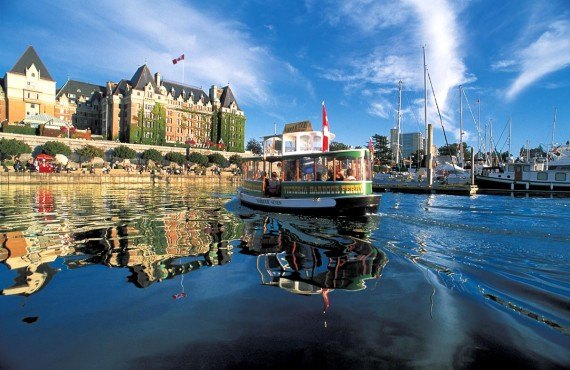 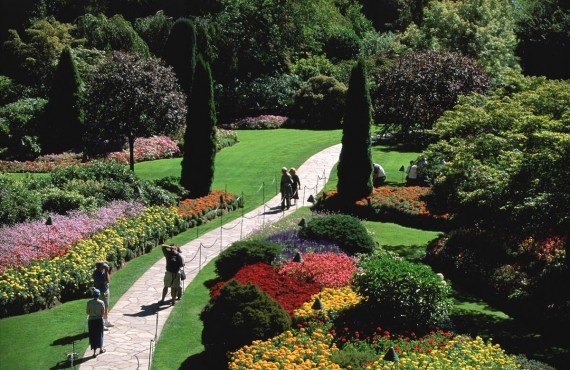 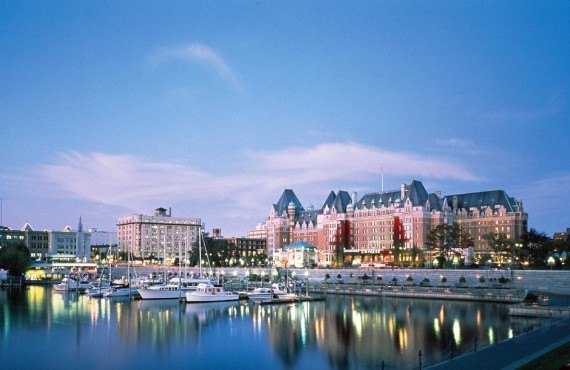 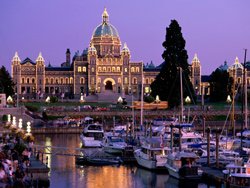 The capital of British Columbia, named after Queen Victoria, is a must-see destination for visitors to Western Canada. Victoria is a haven of peace with a proud British heritage, and a city of beautiful contrasts, where the elegance of history mingles with the panache of modern life. You will be charmed by the lovely gardens and the scenic walking route along the waterfront, offering dazzling views of the ocean. 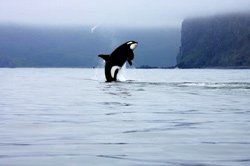 The Royal British Columbia Museum is a history and nature museum that also houses the British Columbia Archives. Founded in 1886, the museum continually expanded over the decades and today features three permanent collections: Natural History, First Peoples and Modern History in addition to the BC Archives and a number of temporary exhibitions. Come and learn all about the history and culture of this fascinating province! 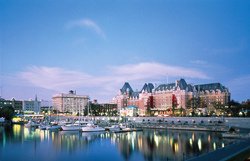 The time-honoured British tradition of "afternoon tea" is extremely popular in Victoria, a city whose English heritage is plain to be seen! "Afternoon tea" is taken during the afternoon, between lunch and dinner. The menu may vary from one place to the next, but it traditionally consists of scones with jam and, naturally, a cup of tea! Q at the Empress Restaurant at the Fairmont Empress Hotel (721 Government Street / 250-389-2727 / www.teaattheempress.com) offers an excellent Afternoon Tea menu, a tasty introduction to this beloved tradition. Tea at the Empress is served daily between 11 a.m. and 4 p.m. Reservations recommended. 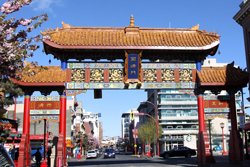 A 30-minute drive from Victoria, the Butchart Gardens features fifty-five acres of wonderful floral display. This world famous attraction and National Historic Site has delighted visitors for over 100 years, since the creation of the first garden in 1904. Made up of five main theme gardens, visitors enjoy lush views as they stroll along meandering paths and expansive lawns. Open year-round, the Butchart Gardens offer the chance to admire an astounding display of plants and flowers that change with the seasons. A must-see!

Victoria’s first and foremost all-day breakfast. Not in the mood for breakfast? The menu also includes soups, sandwiches, burgers and quesadillas. Be warned, this is an extremely popular spot so you may be better off going outside of peak hours (before 10 a.m. or after 1 p.m.). Open Monday-Friday from 7:30 a.m. to 4 p.m. and Saturday-Sunday from 8 a.m. to 3 p.m.

A cozy wine bar and upscale tapas restaurant. Located close to Belfry Theatre, just a few minutes from downtown Victoria, it's the perfect place to grab a bite to eat before a concert! A welcoming atmosphere, friendly service, and a wine list that will charm connoisseurs and novices alike. Open Sunday-Thursday from 5 p.m. to 10 p.m. and Friday-Saturday from 5 p.m. to 11 p.m.

One of the oldest restaurants in Victoria! Il Terrazzo features a large courtyard where gardens, brick walls and wood fireplaces combine to create a warm and welcoming atmosphere. The menu offers fine Italian cuisine accompanied by a vast selection of wines, most of which can be ordered by the glass. The ideal place for an intimate candlelight dinner! Open for lunch Monday-Friday from 11:30 a.m. to 3 p.m., and daily for dinner from 5 p.m.

This seafood restaurant offers sweeping harbour views and an impressive menu featuring local sustainable seafood. The cocktail list is delightful, and the wine list, a balance of old and new world, emphasizes family-owned local wineries. Don't miss Sunday brunch: an award-winning west coast buffet with a well-deserved reputation. Brunch reservations are recommended. Note that clients also come for the sweeping ocean views! Open Monday-Saturday from 11:30 a.m. to 2:30 p.m., every evening from 5 p.m. to 9 p.m., and for Sunday brunch from 9 a.m. to 1:30 p.m.

Beautiful little city, lots to do and see. Easy within walking distance 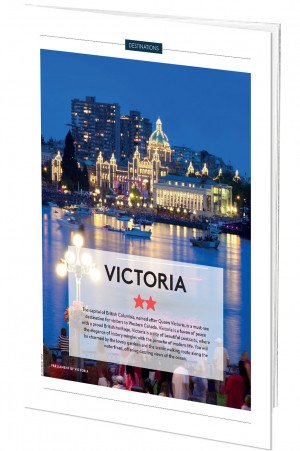