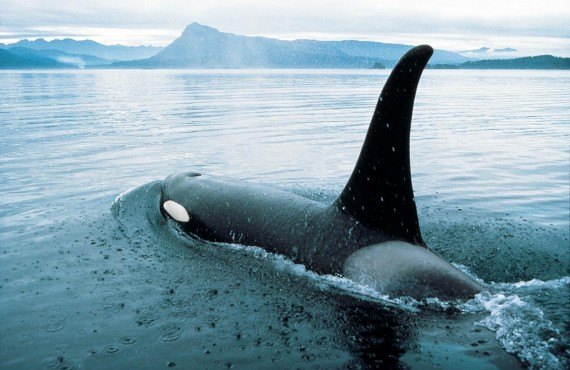 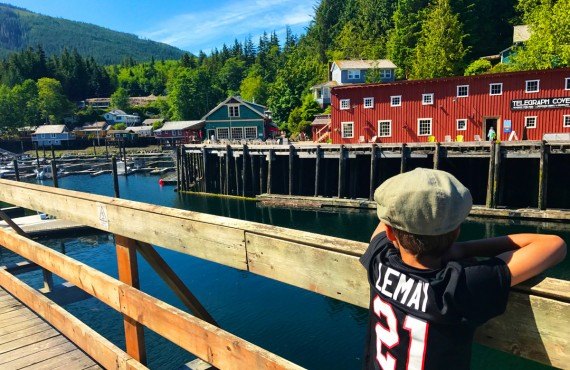 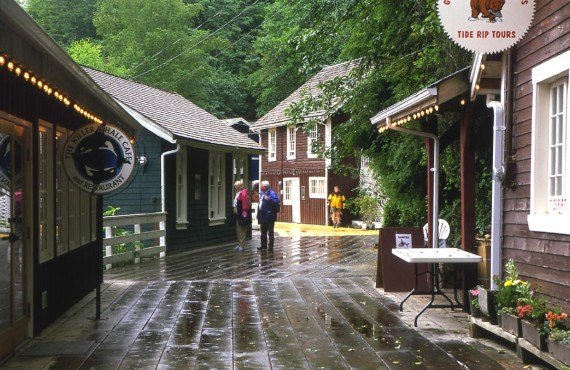 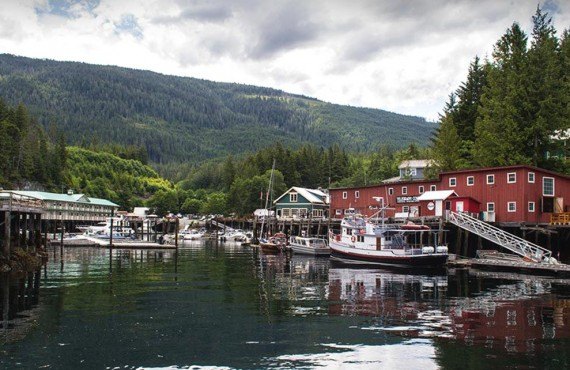 Come immerse yourself in the natural beauty of northern Vancouver Island! The region abounds in opportunities for fishing and whale watching. Don't miss Cape Scott Provincial Park, a magnificent area of rugged coastal wilderness which offers hiking trails of every level. Keep an eye out for wildlife, including bears, wolves, eagles and even cougars. You will also learn more about the region's rich First Nations culture. A must-see! 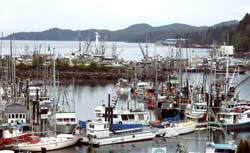 Port Hardy is a quaint fishing and logging town in a setting teeming with marine and terrestrial wildlife.

Located near Port Hardy, Fort Rupert is the site of an old Hudson's Bay Company fort that was first built and commissioned by William Henry McNeill in 1849.

Salmon play a central role in the ecosystem of the waters around Port Hardy. The Quatse Salmon Stewardship Centre serves as an interpretive center, salmon hatchery, and educational facility for the public and provides a fascinating glimpse into the world of west coast salmon. Visitors of all ages will gain insight into the issues linked to salmon conservation.

The Quatse River Estuary is home to bald eagles. The best bird watching spot in Port Hardy is the viewing platform overlooking the marshy wetlands of the estuary, where bald eagles, other birds of prey and seabirds can be seen soaring overhead.

Telegraph Cove is a tiny picturesque village that seems frozen in time. A walk through the boardwalk village will leave you with the impression that you have stepped into a different place and time. It is also the departure point for whale watching cruises and kayak excursions. Jacques Cousteau called Telegraph Cove one of the best places in the world to view and enjoy Orcas (killer whales) in their natural environment! Given the large number of orcas that spend the summer months in the waters around Telegraph Cove, the chance of a sighting is extremely high.

Located 64 km west of Port Hardy, this provincial park is the perfect place for a wilderness hike through rainforests, bogs and beaches. Named after a lighthouse that has guided mariners since 1960, Cape Scott features more than 115 km of coastline, including approximately 30 km of spectacular secluded beaches. The most impressive of these beaches is Nels Bight .

Sporty Bar & Grill is probably your best choice of restaurant in the area, but don't be fooled by appearances. Serves local food with a European flare (the owner/chef is from Austria), prepared from fresh ingredients, in a pub atmosphere. The menu features soups, salads, sandwiches and pizzas, as well as a wide variety of meat, fish and pasta dishes. Don't miss the seafood chowder and fish tacos.

Very popular with locals and visitors alike, this friendly café is the ideal spot for a good breakfast or lunch in a casual atmosphere. Gift shop featuring local crafts and bookstore under the same roof. 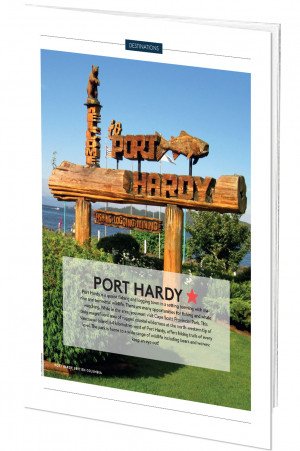