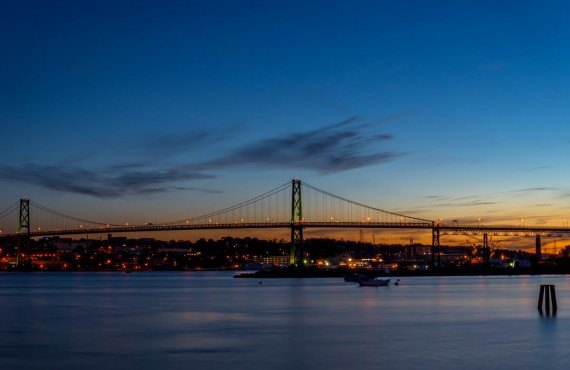 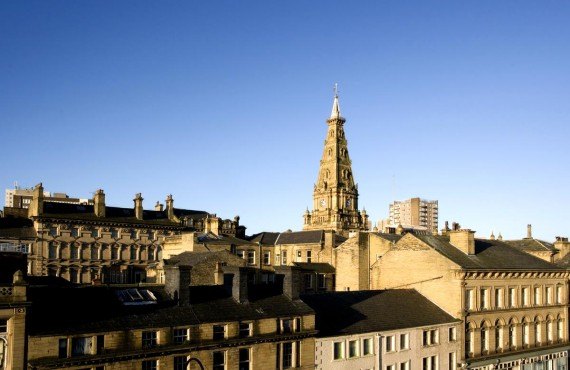 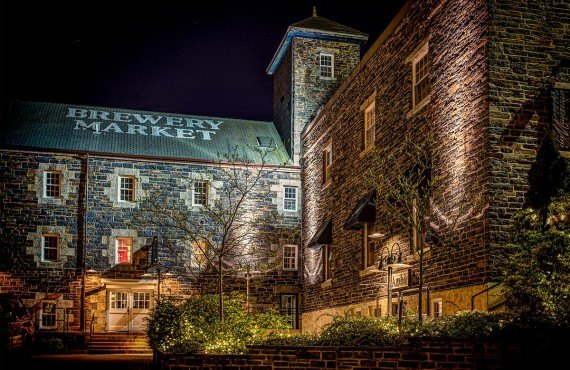 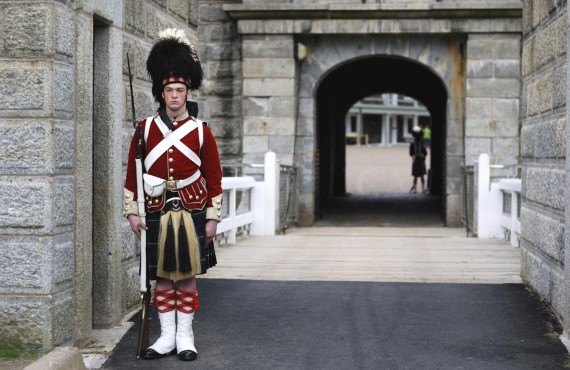 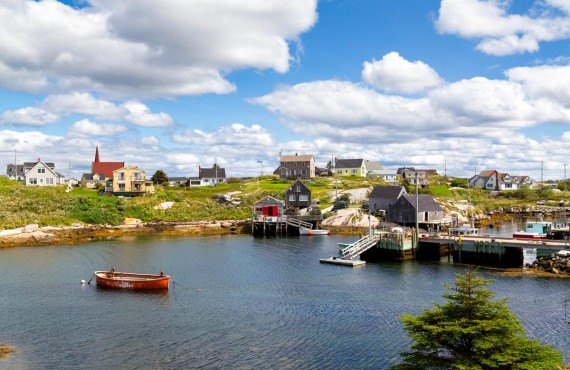 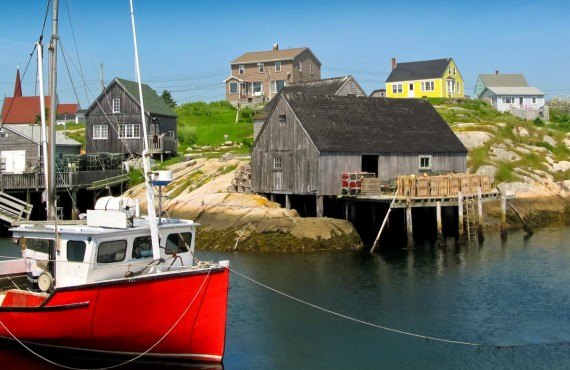 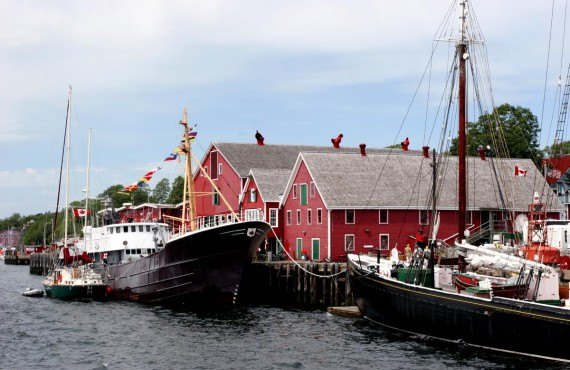 Halifax, a city with more than 448,000 inhabitants, is the capital of the province of Nova Scotia.

Much like a Canada itinerary, it is a lively and colourful combination of urban and rural living at its best, on the scenic shores of one of the world's best natural harbours.

Halifax is also the ideal departure point for exploring the nearby Atlantic coast, from Peggy’s Cove to Lunenburg.

Perched high on the large hill dominating downtown Halifax, the Halifax Citadel offers commanding views of the city and its harbour. The star-shaped fort was built to defend the city against attackers.

There are many types of tours available, including the popular Harbour Hopper. Explore Halifax by land and sea aboard an amphibious vehicle, visiting the city's main points of interest. It's a fun and fascinating way to take in the history and sights of Halifax, one of the best natural harbours in the world!

Tours run from the beginning of May until the end of October (depending on tour).

The Historic Properties, a group of restored warehouses on the Halifax waterfront, are bounded by Upper Water Street, Duke Street and Cogswell. Today the 18th century wood and stone buildings house specialty shops, restaurants and bars and are connected by waterfront boardwalks. After a good meal, take a stroll along the Halifax harbourfront and enjoy the sights!

Peggy’s Cove is a picturesque little fishing village that seems frozen in time, whose harbour is lined with colourful sheds built on stilts. It is sure to be one of the most beautiful villages you ever see in your life, unless you can't see anything for the fog! You can walk out across the rocks to its iconic lighthouse, the most photographed lighthouse in Canada.

Despite the village's tiny size, it is home to several boutiques and restaurants, as well as a tourist information center with public washrooms and a few parking lots. Your best bet in high season is to arrive early in the morning to avoid the crowds, or at the end of the day to admire the sunset... A truly magical experience!

Lunenburg was designated a UNESCO World Heritage Site in 1995. This colourful fishing port was once a pirates' lair. Don't-miss experiences include sailing on the Bluenose II, a replica of the legendary schooner featured on the Canadian 10-cent coin. A splendid way to explore the magnificent Atlantic coastline! The nearby Fisheries Museum of the Atlantic  is a must if you are interested in the lives of fishermen at sea and the area's maritime heritage. You can also explore the living fish exhibit and wharf-side vessels.

Take a stroll around the town , with its hill and sloping streets, to admire the magnificent brightly-coloured 18th and 19th century houses and to visit its boutiques, restaurants and art galleries on the lively streets along the waterfront (Lincoln Street, Pelham Street and Montague Street). Next to Town Hall on Cumberland Street, between Duke and Prince Street, is a small green park with a playground and a bandstand that hosts a summer concert series (music shows are also presented some evenings at Grand Banker Bar and Grill). Lunenburg is also home to many churches, the most notable of which is St. John’s Anglican Church  dating from 1753.

There are many Fish & Chips spots all over Halifax, but Fredie’s Fantastic Fish House really stands out among them. In a family atmosphere, you will be served fresh meal at low prices. The menu features Lobster Rolls, Fish & Chips, fries, fish burger, seafood chowder and other seafood delights.

Before Morris East restaurant, the place has now changed owner, but it still possible to get good pizza here. Wow Woodfire Pizza offers up both classics and inventive pizzas cooked in an authentic wood-fired oven from Italy.

Vegans, vegetarians and meat-eaters alike will find something to please their palate at the Wooden Monkey. The restaurant's commitment to health and the environment is reflected in its emphasis on fresh, local, organic produce and free-range meat from Nova Scotia farms. Vegan, gluten-free and raw menu items are clearly identified, as are those containing dairy products or nuts. What more could you ask for?

The Bicycle Thief offers North American food with an Italian soul, in an atmosphere that is elegant and sophisticated yet relaxed. Be sure to try one of the rich, creamy handmade pasta dishes, and leave space for a decadent dessert!

Stories is all about the stories… From the restaurant with its creative team and fine Canadian cuisine, its quality locally-sourced ingredients, its partnerships with farmers, foragers and fishermen, to its guests who choose to celebrate their "continuing story" here… Enjoy a fine dining experience in a warm intimate setting. The menu offers fresh, inventive dishes showcasing local ingredients such as seafood, Atlantic salmon, beef and bison. A meal to remember!

The TD Halifax Jazz Festival (formerly known as the Atlantic Jazz Festival) is the oldest jazz festival and the largest summer festival in Atlantic Canada. Founded in 1987, the event attracts up to 65,000 visitors, has 450 volunteers and features more than 350 local musicians. Come immerse yourself in the world of jazz!

Atlantic Canada's largest beer festival is a two-day summer showcase of beers and ciders from the region & around the world!

The Atlantic Film Festival, which celebrated 40 years in 2020, is an eight-day celebration of film, media and music from around the world. It’s a festival that turns Halifax – a charming and historic coastal city – into an international Mecca for the arts, abuzz with filmmakers, industry types and film lovers.

Prismatic is a national multi-disciplinary arts festival that supports the professional development of culturally diverse and Aboriginal artists and brings their new works into the spotlight. The festival's mandate is to promote the pursuit of artistic excellence through collaboration, innovation and dialogue. 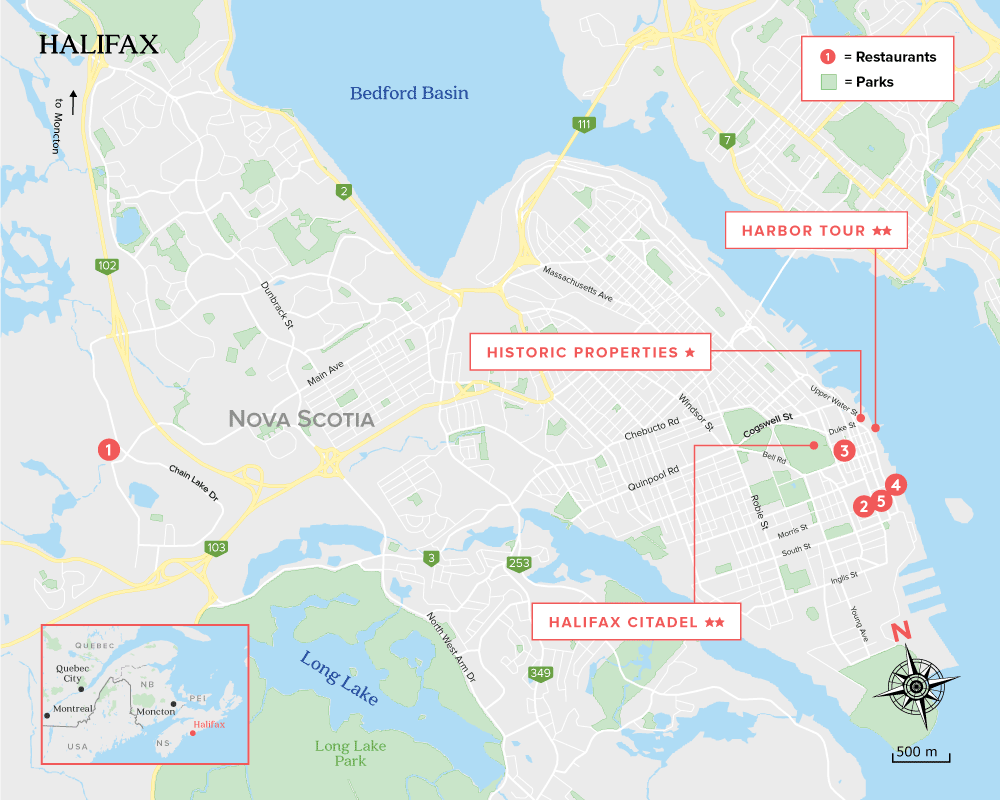 We had very cold,foggy, and rainy weather any time we were 50 miles or less from Halifax, so couldn't do much outdoors. Parking regulations discourage visiting. Everywhere else it was fantastic. 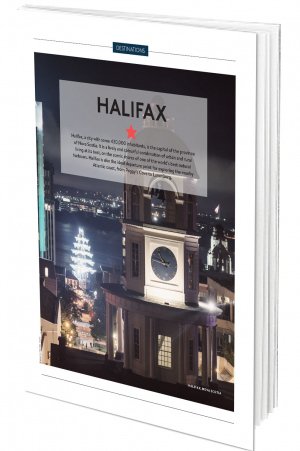 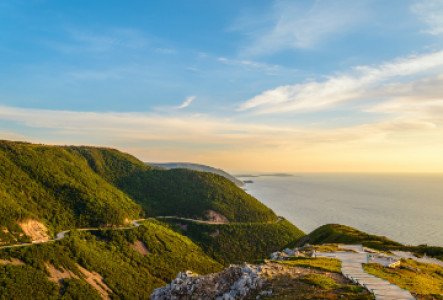