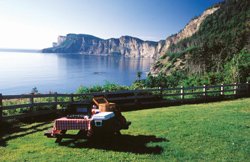 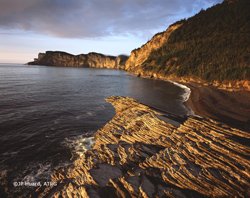 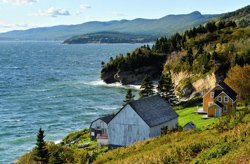 A real trip back in time!

SNORKELLING WITH THE SEALS

Here is an introduction to snorkelling that you won't forget in a hurry! Discover the underwater world with this half-day marine adventure. Who knows, you may cross paths with lobster, starfish and other sea creatures, and have the chance to swim with grey seals and harbour seals in their natural habitat.

The price includes all necessary equipment including flippers, mask, snorkel, wetsuit, hood, gloves and boots. Transport on board a 12-passenger zodiac and training by a certified diver are also included. 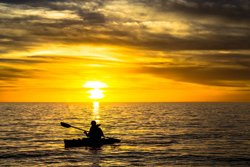 Saison: daily from early May to early October.

During this three-hour sea kayaking tour with your biologist/guide you will glide among the sandstone cliffs and small rocky islands at a leisurely pace that will allow you to enjoy nature and admire the spectacular sunset over Baie de Gaspé.

Located in downtown Gaspé, Café des Artistes is the first coffee roaster in Gaspésie and also a restaurant offering healthy bistro cuisine, with homemade fresh pasta, grilled sandwiches, pita pizzas, salads and a menu of the day. Open Monday-Friday from 7 a.m. to 10:30 p.m. and Saturday-Sunday from 8 a.m. to 10:30 p.m.

This simple and unpretentious bistro offers regional dishes made with local products. You can even sit on the terrace with a view of the sea. You must try one of the house specialities: cod cakes, smoked fish, brandade de morue (a local codfish stew) and the Fisherman's Pot. Open in summer from 8 a.m. to 9 p.m. daily. In winter, open for lunch Saturday-Sunday from 8 a.m. to 1 p.m. 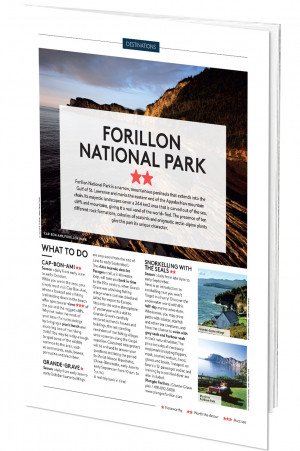 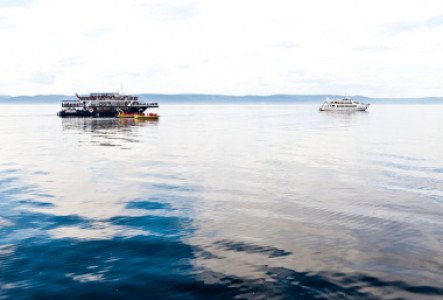 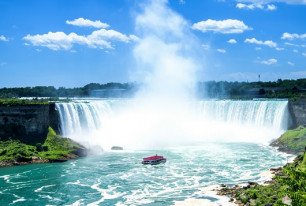 Cell phone and Internet in Canada

Northern Lights: When and where to see them?