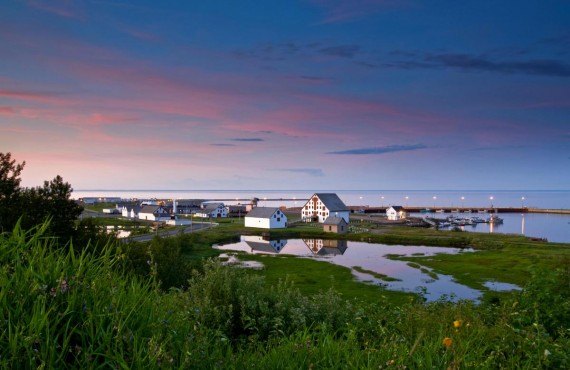 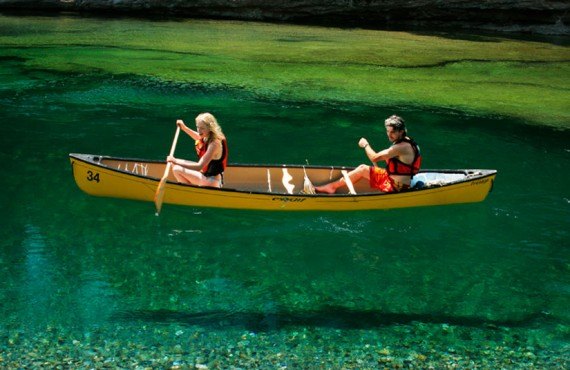 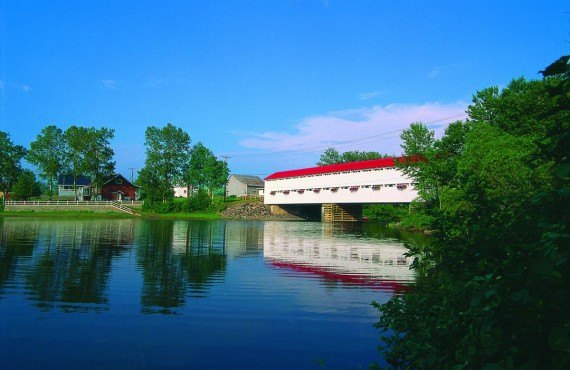 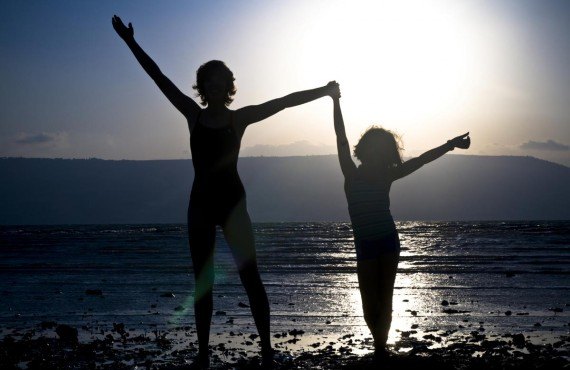 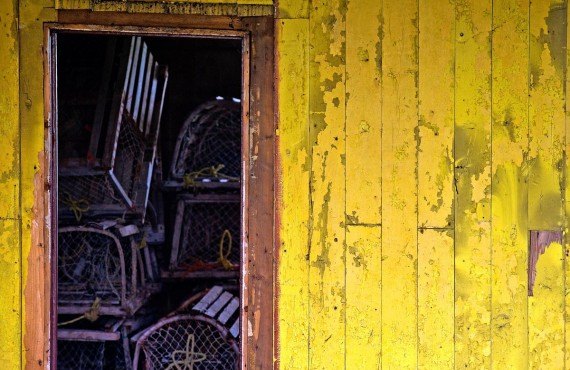 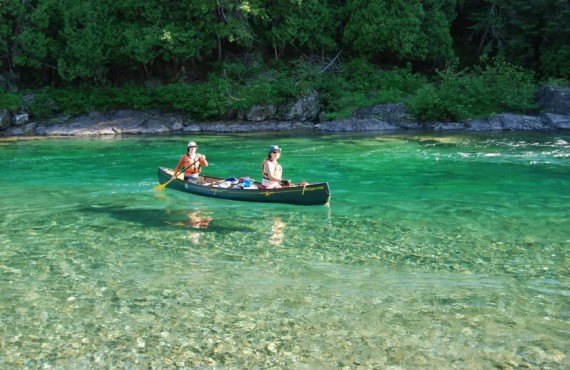 Baie-des-Chaleurs or Chaleur Bay boasts a surprising diversity of vegetation and wildlife; stunning unspoiled ocean, mountain and river landscapes; a unique cultural heritage and, true to its name, the warmest water in Gaspésie!

The region has retained a rich and diverse culture: you will find that every village has its own particular accent, local festival and cultural traditions! A must-see to add to your eastern Canada tour.

History and nature lovers won't want to miss Miguasha fossil site, designated a UNESCO World Heritage Site in 1999 in recognition of its wealth of well-preserved fossils and their importance in understanding a page from the story of evolution. Visitors of all ages will enjoy discovering the fascinating world of fossils and paleontology. A visit of the site takes about an hour and a half.

The Bonaventure River begins at Bonaventure Lake in the Appalachian mountain chain and flows over a distance of 126 kilometres before emptying into Baie-des-Chaleurs. It is considered to be one of the clearest and most pristine rivers in the world.

Canoeing down the crystal-clear Bonaventure River is a unique opportunity to discover the nature and wildlife of Gaspésie in a stunning natural setting. This activity is accessible for the whole family (aged 4 and over), for beginners and experts alike. All necessary equipment is provided. Different types of excursions are possible, lasting from 2 hours to 2 days.

Possible from late May until early September.

Carleton-sur-Mer is one of few places in Québec where you can swim comfortably in the ocean, without getting too cold! The warm ocean currents that enter the bay from the Gulf of St. Lawrence result in some of the warmest saltwater on the Atlantic coast north of the state of Virginia. There are several beaches in the area, depending what you are looking for.

The most popular of these is the municipal beach, right in the heart of Carleton-sur-mer. Its warm water, easy access, bathroom facilities and soft sand make it a favourite destination for locals and visitors alike.

Open from the end of June to the beginning of September.

Mont Saint-Joseph is one of the highest points in Baie-des-Chaleurs. At 555 metres above sea level, the summit offers a spectacular view of the sea, all the way to the New Brunswick coast.

With the Oratoire Notre-Dame-du-Mont-Saint-Joseph, a former pilgrimage destination, perched on its summit, this is one of the few mountains in Québec that is accessible by car. While you are there, you can take a guided tour of the oratory and enjoy some of the 30 kilometres of hiking trails.

Open from mid-June until Thanksgiving (2nd Monday in October).

Discover the region's culture, history and ethnology at this fascinating museum located in the heart of Baie-des-Chaleurs. Its temporary and permanent exhibits will help you better understand the importance and characteristics of Québec's large Acadian community.

Located on the edge of Chaleur Bay, Banc-de-pêche-de-Paspébiac was named a National Historic Site of Canada in 2001 because of its social, economic and historical importance to the country's cod fishing industry.

The architecture of the 11 buildings, built between 1783 and 1900, bear witness to more than 250 years of history. You are sure to encounter some real Paspéyas, descendants of the village's original settlers! There is also a restaurant on the site.

Another way to enjoy the clear waters of the Bonaventure River is at Le Malin, about 6 km from Route 132. The Le Malin force R2 rapid borders a pebble/sandy beach. It's a great spot for a family outing! Life jackets are available, fee of charge.

This small coffee roaster opened its doors in 2005 and quickly established its reputation for high quality fresh-roasted coffee, artisan chocolates and outstanding customer service. In addition, it enjoys an idyllic setting between the mountains and the sea, with a magnificent view of Baie-des-Chaleurs. The cafe does not serve food, but you can bring your own lunch and eat it on the terrace.

If you are looking for a quick meal on the go, Mam'zelle Maria's is the place for you. This charming snack bar serves hamburgers, poutine and several seafood specialties, in addition to the the best homemade soft ice cream in the province ;-) A real institution in the region since 1954!

What could be better than a sandwich on bread freshly baked in-house every day! La Pétrie is a great place for a light meal or just a good cup of coffee. The bakery offers a wide variety of breads and pastries baked with unbleached organic flour, as well as a breakfast and lunch menu of fresh salads, soups and sandwiches. The friendly, colourful decor even includes a kids' play area.

Open Wednesday-Saturday from 7 a.m. to 4 p.m., with additional hours in summer.

This unique establishment offers a fishmonger's and a restaurant under the same roof, with a friendly, down-to-earth atmosphere. The menu features fish and seafood prepared with the freshest of ingredients: Coquilles St. Jacques, fish soup, mousse, quiche, pâtés and much more. You can even bring your own wine! Dinner reservations are recommended.

Founded in 2008, this microbrewery is a great little place to sample a wide variety of craft beers and regional products. It also serves good food in a friendly atmosphere. The name "Naufrageur" (meaning "ship wrecker") refers to the pirates who would move the lights indicating reefs in Baie-des-Chaleurs in order to make ships run aground… Several of the Naufrageur's beers bear the names of ships that were wrecked in the region.

This small gem of a restaurant, which seats only 24, is a local favourite. Run by co-owners from Auvergne, France, you can enjoy French specialties such as Tartiflette as well as dishes inspired by the Gaspé region. A good selection of appetizers, salads and main courses, complete with a chalkboard menu.

Your hosts Alain and Suzanne will be happy to welcome you to their bistro with its superb view of Baie-des-Chaleurs. The menu offers a wide variety of French and Québec cuisine, with an emphasis on fish and seafood specialties. Friendly bistro ambiance.

This local favourite serves a variety of breakfasts to suit all tastes. For lunch, enjoy a good soup, a sandwich with salad, or try the house specialties, homemade smoked salmon or Gaspé fish cakes. The dinner menu offers simple, tasty dishes prepared from local products and seafood such as braised meats and grilled fish. Be sure to try the salt cod brandade or the pan-seared scallops! Children's menu available.

Beautiful area we could have had more time to do and see things in this area IE Carlton Sur Mer, The Battle of Restigouche National Historic Site.
Highly recommend L'Espace Rene-Levesque and Acadia Musse 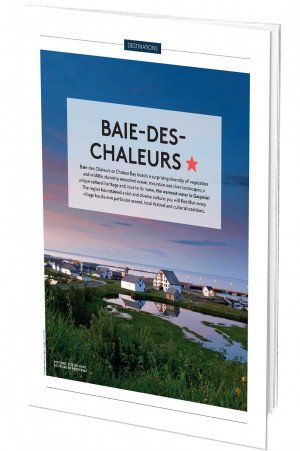