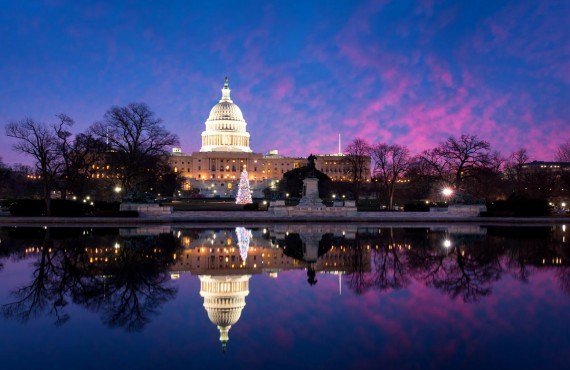 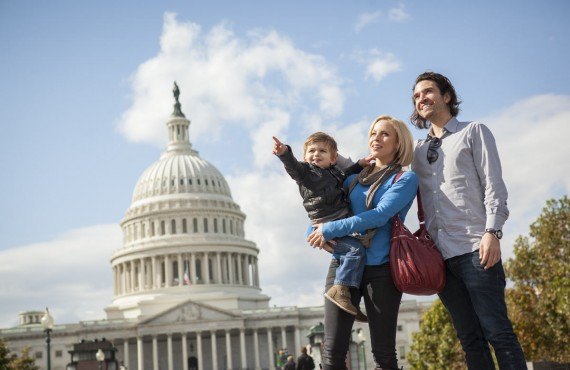 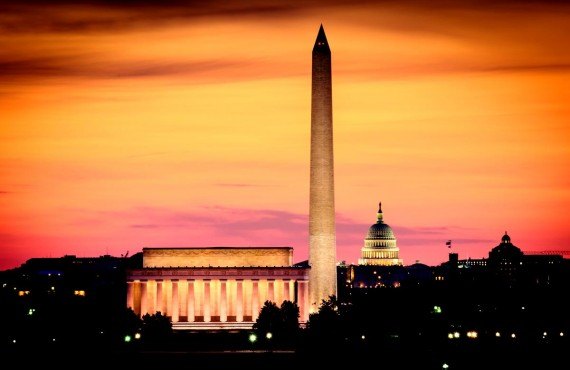 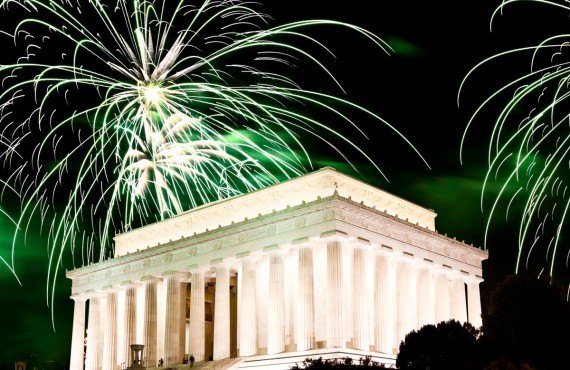 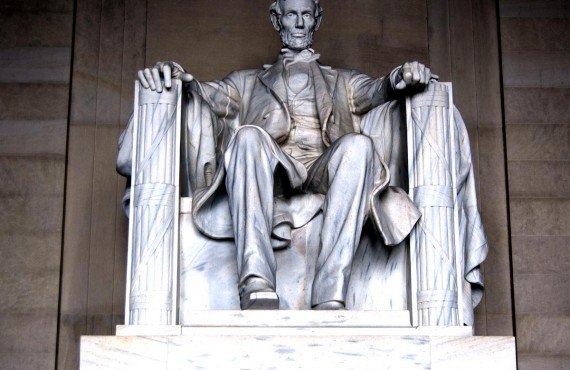 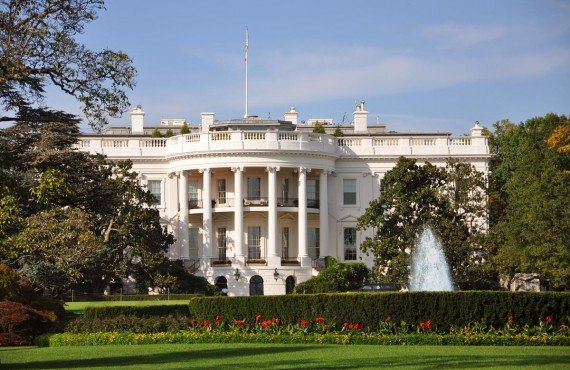 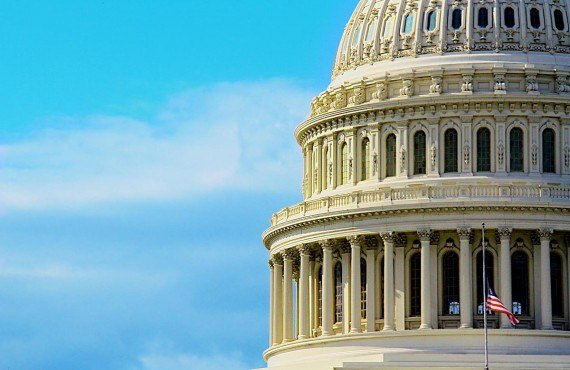 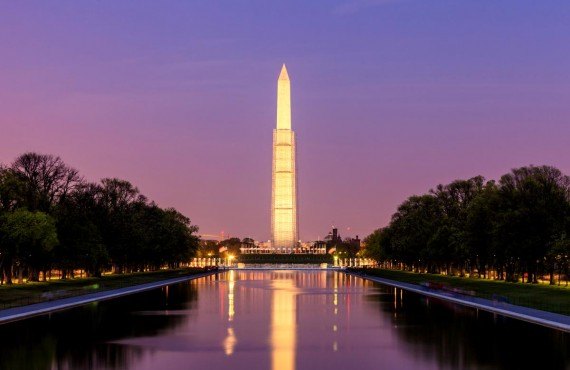 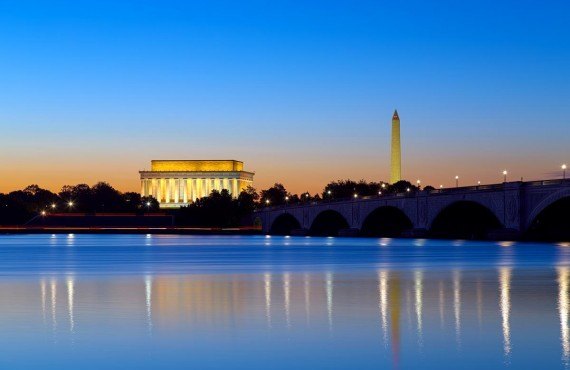 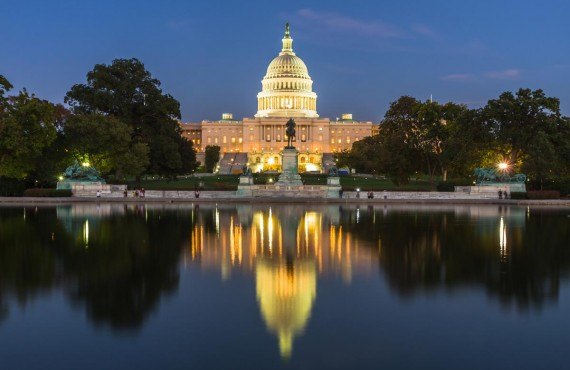 The US Capital was named in honour of George Washington, the country’s first President, when it was founded in 1791.

Since that time, this prestigious city has been home to the country’s top politicians. Nearly 700,000 people live in Washington, DC.

In addition to its museums and important political monuments, you will enjoy the natural beauty of the nation's capital. Seasonal highlights include the cherry blossoms in April, Kenilworth Aquatic Gardens in summer, and the bright foliage of the US National Arboretum in the fall.

The United States Capitol is the home of the United States Congress, and the seat of the legislative branch of the U.S. federal government. Sitting on top of Jenkins Hill (now known as Capitol Hill), it is certainly Washington’s most visible landmark. The city’s major thoroughfares converge on Capitol Hill, directing the nation, physically and symbolically, to this place of democratic debate. The Exhibition Hall features original documents, artifacts and videos informing visitors about how Congress works and the history of the Capitol. For more information, visit the Capitol Visitor Center between 8:30 a.m. and 4:30 p.m. (Monday-Saturday). Guided tours are available from 8:50 a.m. to 3:20 p.m.

This botanic garden, located on the grounds of the U.S. Capitol, is made up of the Conservatory (a vast greenhouse), the National Garden (featuring a rose garden) and Bartholdi Park with its majestic fountain. A second-storey catwalk looks down over the jungle canopy. Open daily year-round, from 10 a.m. to 5 p.m. Admission is free!

Not far from the Capitol is the Library of Congress , the largest library in the world, with its vast collection de books, manuscripts and musical recordings, stored on close to 560 km of bookshelves.

Across from the Capitol sits the imposing Supreme Court building, seat of the Supreme Court of the United States, the country’s highest federal court.

The famous White House is the President’s official residence and a worldwide symbol of the United States of America. The site was selected by George Washington himself in 1791, and every president since John Adams has occupied the White House. Today it has 132 rooms, 35 bathrooms, 3 elevators, 8 staircases, 6 floors and a kitchen equipped for 140 guests! Only certain rooms may be visited, and tour requests can be submitted up to 3 months in advance and no less than 21 days in advance. For more information or to submit a request, you need to contact your embassy in Washington DC.

The National Mall is a long green pedestrian avenue between the Washington Monument and the United States Capitol. It is home to iconic monuments, memorials and museums. The nearby Tidal Basin is another lovely attraction, known for its spectacular cherry blossoms in the spring.

The grand temple-like Lincoln Memorial was built in honour of the 16th American President.  Abraham Lincoln sits immortalized in marble as an enduring symbol of unity, strength and wisdom.

On a hill across from the Lincoln memorial soars the Washington Monument , built to honor George Washington. This iconic obelisk is one of the country’s most recognizable structures. 169 metres tall, it took 40 years to complete.

Another favourite is the circular white columned Jefferson Memorial , dedicated to Thomas Jefferson, 3rd President of the United States and author of the Declaration of Independence.

The National Mall is bordered by a number of world-class museums including the Smithsonian Institution, the world’s largest museum and research complex, with 19 museums and galleries and the National Zoological Park.

The Smithsonian was established in 1829 when James Smithson, a British scientist, left his estate to the United States to found "an establishment for the increase and diffusion of knowledge". Without even setting foot on American soil, this visionary saw American democracy as the future of civilization. The Smithsonian museums and the National Zoo are open every day of the year and are absolutely free!

Bike tour of the National Mall

The best way to explore the National Mall is by bike! Get out, enjoy some fresh air, and explore the many sites the area has to offer. Set out on your own or take a guided tour with a professional guide who will teach you all about the sites. You can rent a bike or book your guided tour at Bike and Roll (955 L'Enfant Plaza, North Building #905, Washington DC / 202-842-2453 / www.bikeandrolldc.com).

If you need a break from monuments, this large park is the perfect place for a nature escape, away from the urban hustle and bustle! The site can be explored on foot, but if you are short on time, you can also drive from one area to another. The arboretum features many gardens and collections, including the largest azalea garden in the country, magnificent orchids and the cherry blossoms in the spring. The National Bonsai & Penjing Museum houses a vast collection of bonsais. Admission is free! Open every day (except December 25) from 8 a.m. to 5 p.m.

The neo-Gothic National Cathedral is one of the largest religious buildings in the country, and the 6th-largest in the world! Although it was built during the 20th century, the Cathedral was constructed primarily in the masonry tradition of the great medieval churches of Europe. Guided walking tours provide an overview of the Cathedral’s art, architecture, history, and mission. Open Monday-Friday from 10 a.m. to 5 p.m., Saturday from 10 a.m. to 4 p.m. and Sunday from 12:45 p.m. to 4 p.m.

A meal at Ben's Chili Bowl is a must during your stay in the nation's capital! A landmark restaurant in Washington, DC since it opened in 1958, it is regularly visited by celebrities and presidents come to sample their famous “Chili Half-Smoke”, a hot dog covered in mustard, onions and spicy homemade chili sauce. You will find all the fast-food classics and even a few vegetarian options. Open for breakfast Monday-Friday from 6 a.m. to 10:45 a.m. and Saturday from 7 a.m. to 10:45, and for lunch and dinner Monday-Thursday from 10:45 a.m. to 2 a.m., Friday-Saturday from 10:45 a.m. to 4 a.m. and Sundays from 11 a.m. to midnight.

Sweet Green is an excellent choice for a quick, healthy meal prepared with the freshest ingredients. This small restaurant offers a variety of spectacular and delicious salads served with homemade dressings, as well as an array of chicken, fish, bean and tofu bowls. Open daily from 10:30 a.m. to 10 p.m.

This popular Capitol Hill restaurant is a good place to try when you've worked up an appetite! Ambar offers delicious Balkan cuisine featuring a wide variety of small plates, including an all-you-can-eat tasting menu (Ambar Experience). Be sure to try Rakia, a traditional Balkan fruit brandy. Reservations are strongly recommended. Open for lunch and dinner, Monday-Thursday from 11 a.m. to 10 p.m., Friday from 11 a.m. to 11 p.m., Saturday from 10 a.m. to 11 p.m., and Sundays from 10 a.m. to 10 p.m.

Founded in 1856, this iconic Victorian saloon-style restaurant is just steps away from the White House. The menu features American cuisine including succulent oysters, one of the house specialties. A casual atmosphere and quick service, but it can be noisy due to its popularity. Open Monday-Friday from 7:30 a.m. until the wee hours of the morning and Saturday-Sunday from 8:30 a.m.

If you love tender dry-aged steak, this is the place for you! The Capital Grille is one of the finest steakhouses in Washington DC. The menu also includes fish, vegetarian options and giant desserts to share. Interesting wine menu and comfortably elegant atmosphere. Reservations are strongly recommended! Open Monday-Thursday from 11:30 a.m. to 10 p.m., Friday-Saturday from 11:30 a.m. to 11 p.m. and Sunday from 5 p.m. to 10 p.m. 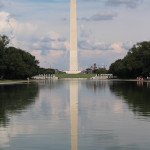 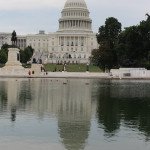 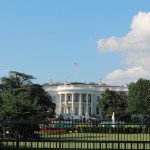 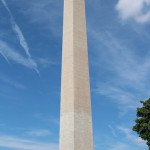 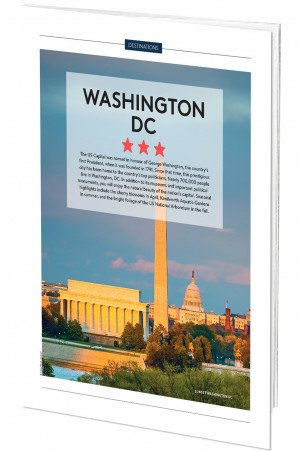