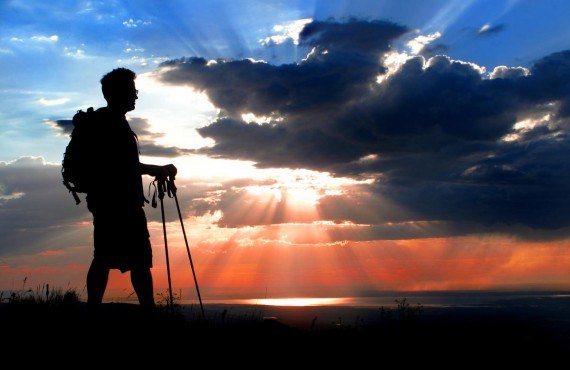 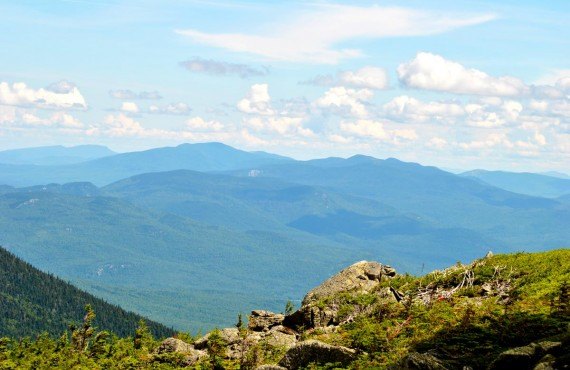 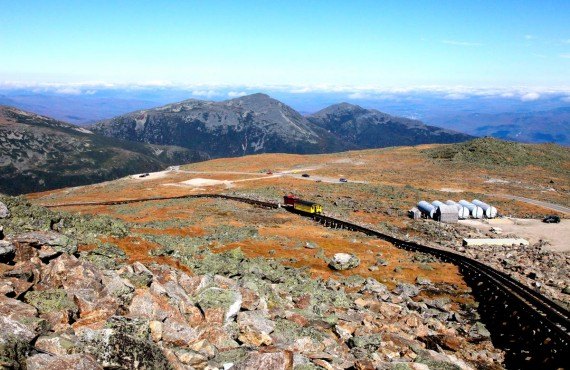 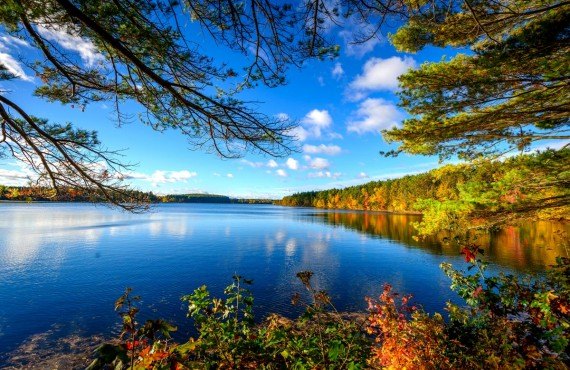 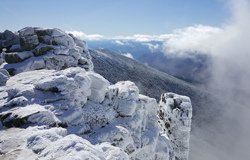 A federally-designated National Forest for over a century, the White Mountains were named for the snow-capped peaks observed by 17th-century settlers on approaching the coast.

Forming part of the Northern Appalachians, the White Mountains encompass 86 peaks including some of the highest in the northeastern United States, such as the popular Mount Washington .

With its clean air, beautiful scenery, abundant wildlife and charming small towns, the region is a popular destination for hiking enthusiasts and outdoor lovers. 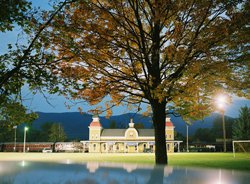 Downtown North Conway is easy to explore on foot. Main Street is the place to go to do some shopping. Be sure to check out Zeb's General Store (2675 White Mountain Highway), which offers an impressive array of locally-made specialty foods and items.

You can also enjoy an old-fashioned train ride through the Valley on the Conway Scenic Railroad . Travel through fields and woodlands, crossing several rivers on the way to Bartlett and back. You can even dine in the elegant dining car. Trains leave from the lovely Victorian North Conway train station, built in 1874. (38 Norcross Circle). 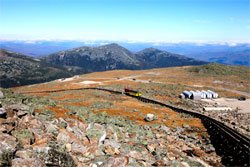 The summit of Mount Washington, the highest peak in all of New England, is accessible by a variety of means and offers breathtaking views and fierce winds.

If you have time and are an experienced hiker, you may enjoy taking one of several rugged, scenic trails to the summit. Mount Washington has long been a premier destination for hiking and mountaineering.

You can also take a leisurely drive to the top in the comfort of your own car via the Mt. Washington Auto Road , open from mid-May through to mid-October from 8 a.m. until 4 p.m., 5 p.m. or 6 p.m. (1 Mount Washington Auto Road, Gorham). Note that RVs are not allowed on the Auto Road.

Or enjoy a unique mountain experience aboard the historic Mount Washington Cog Railway, the world's first mountain-climbing steam train . The round trip takes 3 hours, with several daily departures from April to November. Reservations are recommended. (3168 Base Station Road, Mount Washington).

However you get there, the end justifies the means: at a height of 1916 metres, the summit of Mount Washington offers spectacular panoramic views of the surrounding mountains and valleys. Be careful at the top: the weather is notoriously unpredictable and the winds can be extremely high. The highest wind speed ever recorded at the summit was 372 km/h in 1934! 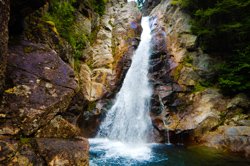 This impressive waterfall attracts thousands of visitors every year. The short (about 10 minutes), easy trail leading to the falls includes a series of staircases that will get your blood pumping on the way back up! The water plunges 64 feet into a magnificent deep green pool. A lovely, quick, inexpensive forest attraction that is well worth the stop. 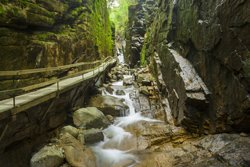 Flume Gorge , a natural gorge with towering granite walls, extends close to 250 metres at the base of Mount Liberty in Franconia Notch State Park . Formed nearly 200 million years ago, the Flume was discovered accidentally in 1808 by a 93-year-old woman out fishing!  The well-maintained Flume trail offers long boardwalks and spectacular views. Highlights include a picturesque covered bridge, the superb Avalanche Falls, cascading mountain streams, deep pools, giant boulders and the fast-running river. Children will love crawling across the rocky Wolf Den path! Stop at the Visitors Centre for more information.

The Cannon Mountain Aerial Tramway  cable car brings visitors to the 4,080-foot summit of Cannon Mountain in under ten minutes. On a clear day, you can see the mountains of four states and Canada! At the summit, you'll find spectacular scenic walking paths, an observation deck, a cafe, bar and restrooms.

A spectacular underground adventure awaits! Admire granite cliffs, waterfalls, underground caves and a lovely river winding among rock and boulder formations. You may choose to remain on the 1.6 km boardwalk or set out to explore the fascinating underground world of the boulder caves! Sturdy footwear and outdoor clothing are recommended. 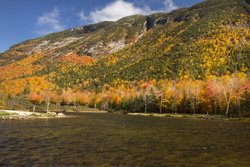 The 5,775 acres of Crawford Notch State Park along Highway 302 offer numerous geographical and historical attractions. Some can be seen from the road, but you can easily you can stop off and explore them in person.

The park has numerous hiking trails, waterfalls and spectacular mountain views and is home to Willey House , a fascinating historic site to visit during summer. Saco River is also a delightful place to stop for a picnic break along Highway 302.

Brew pub located in one of North Conway’s historic buildings, offering a typically American menu with a wide selection of burgers, pizzas, nachos, wraps and soups, accompanied by excellent beer! This restaurant is part of the Valley Originals group of locally owned and operated restaurants, which encourages buying locally.

Great pizza cooked in an immense artisanal wood fired oven. You can even create your own pizza from the toppings menu. A warm, friendly atmosphere and casual country decor.

This delightful restaurant, part of a majestic resort complex, offers fine dining in a superb setting, with stunning views of Mount Washington. The menu features an array of meat and seafood dishes and live music is provided every evening. Note that there is a dress code (no athletic wear or pool attire). Children are welcome.

The restaurant was reserved for hotel guests in 2021. Check the website for 2022's updates.

***The schedules may be subject to change.***

Magnificent landscapes, the climb of Mount Washington to do. 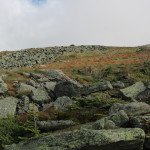 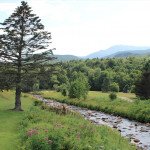 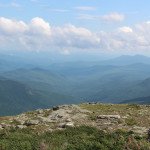 Nature in 3D! for hiking enthusiasts