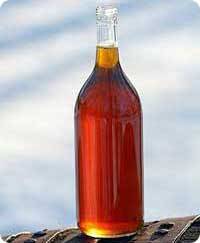 When the heat of the sun starts to be felt after the spring equinox, outdoor life returns in full swing.

This is clear to be seen in the city, where pub and café terrasses take over the sidewalks and are quickly filled with sun-seeking patrons. Festivals and outdoor cultural and sports events spring up across the Belle Province.

But the most traditional way to celebrate that spring feeling in the air is with the taste of maple syrup!

It was no accident that Canada chose the maple leaf as its federal symbol. Maple trees can be found in every province from coast to coast.

While there are ten species of maple trees native to Canada, Quebec's sugar maple is widely believed to produce the best maple syrup.

Towards the end of March, an annual tradition begins at sugar shacks across Quebec. A sugar shack is a small wooden house built in the middle of the maple forest for making maple syrup. Many sugar shacks also offer maple-soaked feasts in celebration of the maple harvest, to which visitors flock to beat the winter blues, to welcome spring or simply to discover the various tastes and uses of this sublime golden nectar.

During your trip to Canada, don't miss your chance to experience an authentic sugar shack meal!

First Nations peoples were the first to discover maple syrup and to use it in cooking. French settlers were shown by their Aboriginal neighbours how to tap maple trees and boil down the sap, which quickly became an important ingredient in many traditional dishes prepared over a wood fire.

Maple sap is harvested by drilling holes into the trunks of maple trees, and inserting a spout into each hole. Traditionally, buckets were hung on the spouts to catch the dripping sap, and were emptied into barrels on horse-drawn sleighs, which transported the sap to the sugar shack for processing. Today, most maple producers use an ingenious network of tubing connected to every tap hole. The sap is vacuum pumped straight to the evaporator in the sugar shack. Nothing is added: the water is simply evaporated from the sap to produce a rich syrup.

It takes about 40 litres of sap to produce one litre of pure syrup, prized for its flavour, colour and clarity.

Many maple producers close to the larger cities offer sugar shack meals in March and April. Outside of the sugaring-off season, however, it is harder to find a sugar shack that is still serving the traditional maple-themed spread.

Sugar shacks often strive to recreate the feel of days gone by with sleigh rides and traditional music, singing and dancing.

In the olden days, as soon as the rays of the sun awoke the sap slumbering deep within the maple trees, the whole family would get to work. Three weeks after the nor'easter, it was time to get ready for sugaring off. That was the time when the groundhog and the bear awakened from hibernation, the crows returned and the streams swelled with the spring runoff.

There is no shortage of lore about the maple harvest, which was believed to be influenced by a range of natural phenomena.

Traditional maple producers observed the phases of the moon, the direction of the wind, the water levels and the amount of snowfall during the winter... The behaviour of the stars, plants and wild creatures was thought to influence the length of the sugaring season and the quality of the sap. The first cries of the crow announced the arrival of sugaring time, but when geese began flying overhead or when the snow looked like coarse salt, they knew that the sap run was drawing to an end.

It is said that when the plains flow with water, it is a sign of a good sugaring season. A thick, wet snowfall means an abundant sugar harvest...

The arrival of the snow bunting means that the time has come to tap, while sugar moths drowning in the buckets of maple sap, and the woodpecker that pecks at the buckets and tubing, mark the end of the sap run.

When the Big Dipper is flat along the horizon, sugaring time is here.

According to maple producers from the Beauce region: "The maple flows better when we tap it under a crescent moon, but if it flows too quickly when tapped, it won't flow for long". They also claim that if the trees have a lot of leaves during summer, and August and September are fine and sunny, the next spring's sugaring season will probably be a good one... It is also said that if there are five Sundays in February, the sugaring season will be early; the sap starts flowing two weeks earlier in a sugar bush on a slope that faces the noonday sun; and that once the thaw has come, it's time to open the sugar shack...

Folklore endures, storytellers keep spinning their yarns, and the maple sap continues to flow every spring, to the delight of young and old alike.