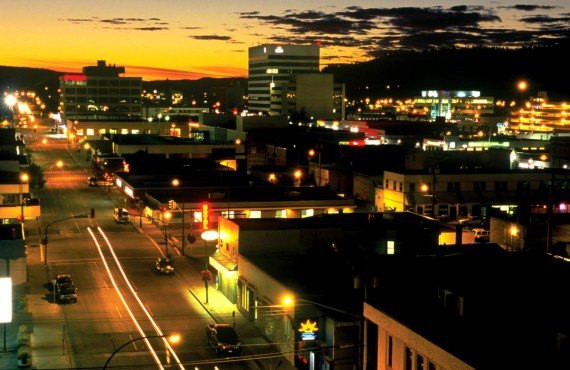 Families who want to stretch their legs after a long day of driving might like to stop off at Lheidli T'enneh Memorial Park (formerly known as Fort George Park), named in honour of the local Lheidli T'enneh Nation.

The park offers a playground, bike paths, water games, toilets and a large pavilion with interpretive panels on the Lheidli T’enneh Nation.

With its huge moss-draped trees and humid microclimate, this interior rainforest is a great place for a hike. About an hour east of Prince George and easily accessible from the highway, the trail provides an opportunity to view enormous ancient cedar trees typical of the region.

Open daily in summer from 7 am to 11 pm. The park is midway between Prince George and McBride on Highway 16, 115 km east of Prince George.

Cimo Mediterranean Grill is an Italian restaurant inspired by fresh, handpicked ingredients which are grown locally, providing vibrant flavours and support to farmers in the community. The menu showcases fresh, handmade pasta and a fabulous selection of seafood and grills as well as several vegetarian options.

Stage town without much interest

Not much to do, fortunately agricultural festival